What is sleep apnea?

Sleep apnea is when breathing is repeatedly interrupted during sleep causing frequent arousal.

Sleep study or polysomnography(PSG) is the standard in diagnosing sleep apnea. The study is done at the (1) sleep clinic or (2) at home. The study at the clinic is more detailed.

The following information is obtained from the PSG

How Sleep Apnea is Measured

Sleep apnea severity is measured by Apnea Hypopnea Index (AHI). AHI is an index used to indicate the severity of sleep apnea by counting the number of apnea and hypopnea events per hour of sleep.

When AHI is less than 5, it means no sleep apnea; however, the UARS may still be present. UARS (Upper airway resistance syndrome) is the blockage of the air in the nasal passageway. UARS is not sleep apnea by definition because the AHI score is less than 5. Nonetheless, UARS is a sleep issue as it causes fragmented sleep.

RERA (Respiratory Effort Related Arousal) happens when you experience an arousal from a decrease in oxygen saturation with an AHI of less than 5.

Another index used with sleep apnea is RDI (Respiratory Disturbance Index) which is a combination of AHI and RERA events.

Differences between OSA and UARS

Sudden drops in blood oxygen level cause the cardiovascular system to compensate by increasing the blood pressure causing hypertension, which in turn increases the stress hormone cortisol released in the blood.

Sleep Apnea Increases the Risk of:

The airway’s collapsibility is determined by how flaccid the muscles are and the anatomy of the airway. For example. with age, our muscles become flabby. Consumption of alcohol relaxes the muscles. Obesity tightens the airway. Smoking causes inflammation, swelling and fluid retention hence narrowing the airway.

Lifestyle changes by losing weight, smoking cessation helps to increase the airway. In the case of severe apnea, CPAP (continuous positive air pressure) is a top choice for treatment. If the patient cannot tolerate CPAP, a dental oral appliance is used. Treatment for UARS is very similar to OSA 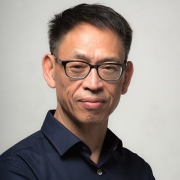 A practicing dentist with over 30 years of experience and more than 3500 hours of continuing studies. He lives in both Toronto, Canada and Seattle, WA. Besides writing for this website, he practices dentistry in different clinics in Canada and mentors other dentists in the USA and Canada.